John founded LMS in 1996, pioneering landfill biogas based renewable energy use in Australia. For over three decades he has been widely recognised as a landfill biogas-to-energy leader, establishing a complete, in-house service for renewable energy from landfill biogas. His extensive commercial and leadership experience has allowed him to successfully manage and oversee projects both nationally and internationally. Today, John continues to grow the company by pursuing the development of leading-edge renewable energy technologies and processes.

Greg Pritchard is a corporate executive with broad experience across a range of ASX-listed companies including in global energy, mining and finance. Greg’s most recent position was Managing Director of the global distributed energy generator, EDL. Greg managed an international portfolio of over 100 distributed power projects in Australia, the United States, Canada and Europe. Greg was Managing Director for EDL between 2007 and 2016, having joined the company as Finance Director in 2001. Prior to his appointment to EDL, Greg was the CFO of the listed QCT Resources Limited and, prior to that, of QNI Limited. Greg previously held various senior positions at KPMG and Wardley James Capel in Australia, the United Kingdom and Europe. Greg is a Fellow of Chartered Accountants Australia & New Zealand and holds a Bachelor of Commerce from The University of Melbourne and a Master of Applied Finance from Macquarie University. Greg currently serves as an independent non-executive director of Coronado Global Resources (ASX listed CRN). 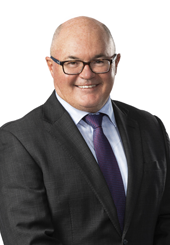 David has over 20 years' experience in the landfill biogas industry. He has also achieved a Bravery Medal presented by the Australian Governor General. In 1998 he began working for LMS and today is responsible for the Gas, Resources and Compliance Group.

Darren has over 18 years experience in the automotive and mining industries, holding numerous senior management positions over the years. Prior to working at LMS, Darren was the Engineering and Maintenance Manager at Uranium One where he led a team of trades and engineers to oversee the safe and reliable operations of the Honeymoon Uranium Mine. Darren has also achieved a Bachelor of Mechanical Engineering (Hons) and a Graduate Certificate in Manufacturing Management. In 2013 Darren began working for LMS and is today responsible for overseeing project development, engineering, technologies and power station construction.

James has over 11 years experience in Corporate Finance. Prior to working at LMS, James was the Director of M&A advisory services at Deloitte in Adelaide. From 2015 to 2017 he completed a secondment in the Deloitte London Special Situations team, providing M&A advisory services to companies experiencing financial distress or challenges / constraints to value realisation. James has also achieved a Bachelor of Commerce and Bachelor of Law from the University of Adelaide. In 2019 James began working for LMS and is responsible for overseeing the Commercial Group, focused on driving the growth and market share of the energy business, from renewable energy generation to Power Purchase Agreements (PPAs) and trading.

Matthew, son of founder John, has over 10 years’ experience in the renewable energy industry. At LMS, Matthew has overseen the development and construction of LMS’ landfill solar projects, delivering the first solar projects situated on landfills in Australia. Matthew is also responsible for the deployment of electric vehicle chargers at LMS sites and behind the meter power solutions. Matthew holds a Bachelor of Laws (Hons) degree and a Bachelor of Commerce degree from the University of Adelaide and a Graduate Certificate in Leadership from the Melbourne Business School. Today, Matthew oversees the IT, Environment and Innovation Group, and has a strong focus on technology and market growth.

Elyce has over 10 years' experience working in Human Resources and Corporate Communications. Prior to working at LMS, Elyce worked in the People Capacity team at SapientNitro in London. Elyce holds a Bachelor of Communication (Professional Communication) from RMIT University, and a Graduate Diploma in Psychological Sciences (Honours) from Adelaide University. At LMS, Elyce's team is responsible for over 150 employees across Australia and New Zealand, as well as organisational development. Elyce also manages internal and external communications, including media and marketing.